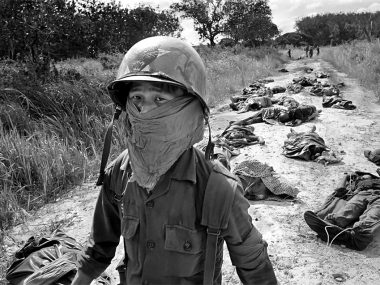 During the tours in Vietnam, many tourists ask questions about the Viet Cong. In the minds of travelers, it is a household name for Vietnamese soldiers during the Vietnam War. Some tourists think that this is how the Vietnamese military is still called.

Actually, only the South Vietnamese military and guerrilla, who, with the support of socialist North Vietnam, fought for the ideas of communism and carried out activities aimed at overthrowing the government of Ngo Dinh Diem in South Vietnam and the uniting North and South Vietnam, were called the members of Viet Cong.

The anti-government organization, called the People’s Liberation Armed Forces of South Vietnam (PLAF, Viet Cong), operated since 1960 and was subordinate to socialist Hanoi (the capital of North Vietnam).

The Viet Cong (PLAF) ceased to exist 2 years after the end of the Vietnam war in 1977, becoming part of the Vietnamese Fatherland Front.

The Viet Cong activists were simple people. The partisans helped peasants in farming, ensuring their sympathy.

A year after its creation, in February 1961, the armed groups of the PLAF merged into the National Liberation Army with a clear structure:

The conflict between North and South Vietnam is known to have attracted great amounts of international attention. As a result, the United States sent military advisers to the country in the state of civil war in 1961. Since 1963, military confrontations between the US-backed South Vietnamese government on the one side and the Viet Cong, backed by North Vietnamese troops and the Communist government of China and the USSR on the other, led to the outbreak of the international war we know as the Vietnam War.

Since the First Indochina War of 1946-1954, the Vietnamese guerrilla had an impressive arsenal of machine guns, rifles and carbines.

The members of Viet Cong used sophisticated lethal devices everywhere. For example, American soldiers had a habit of opening doors with their feet, and the partisans used this against them. When an American kicked the door, he didn’t set in motion the hinges of the door, but a special rotating mechanism, which hit the soldier in the lower part of the body with a pendulum with metal spikes. Most often the spikes were lubricated with poison.

Homemade mines became a kind of art of the Vietnamese guerrilla war. The members of Viet Cong stuffed the explosive mechanism with dirty splinters of bamboo. Digging into the body of a soldier who inaccurately stepped on such projectile in the jungle, the splinters caused blood infection. It was almost impossible for the American military physicians to extract them, since the bamboo splinter is not visible on an x-ray.

We have an article about Cu Chi tunnels, telling about other deadly traps in detail and showing their images.

The historic offensive at Tet (the Vietnamese New Year) of 1968 was fully organized by the PLAF.

During the Asian New Year, on January 30-31, the Viet Cong attacked the major cities of South Vietnam, including Saigon, in order to seize control of the most densely populated areas. However, PLAF attacks were not successful. They were too fragmented and only caused partial damage to American bases.

Although militarily the Tet Offensive was a defeat, in a psychological sense, the offensive had an unpredictable propaganda effect. American society, tired of the war, perceived the reports of numerous battles of this period as the defeat of the US army. Public opinion and officials began to incline to the conclusion that it is necessary to scale down the US military operations in Vietnam.

The loss of the PLAF in the Tet Offensive became irreparable. According to data from the archives of the United States, 45 thousand soldiers and 1000 civilians were killed in this offensive. After the battle, the National Liberation Front units were replenished with North Vietnamese soldiers.

The year of 1975 was a turning point in the history of Vietnam. The forces of the North Vietnamese army, acting under the banner of PLAF, the regime of the South Vietnamese government was finally overthrown. The Viet Cong army seized power in the country and united the North and South into the Socialist Republic of Vietnam.

In 1977, the National Liberation Front of South Vietnam officially became the Vietnamese Fatherland Front. Since then, the country has followed a communist course of development, but the economic reforms of the last two decades show us a uniquely successful blend of social-capitalist society. 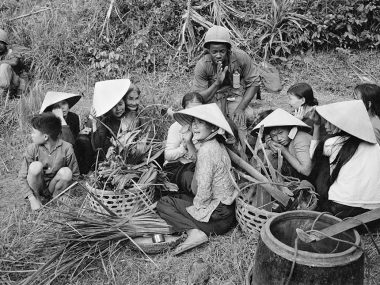 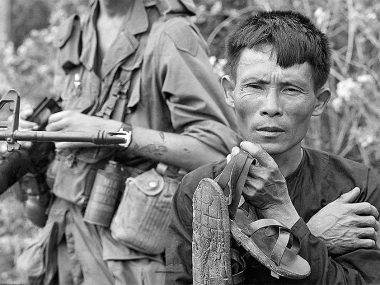 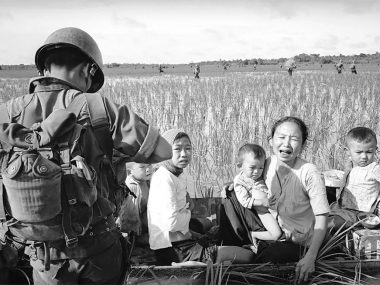 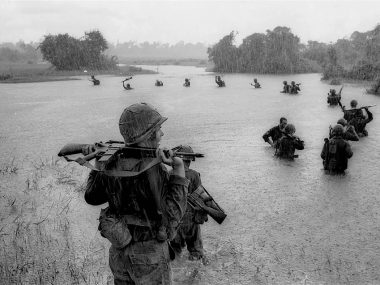 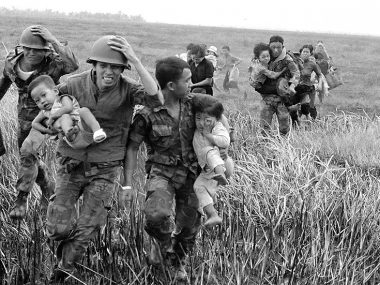 Modern Vietnamese are an independent and proud people. A museum in memory of the Viet Cong was created in the former capital of South Vietnam, Ho Chi Minh City (Saigon). It used to be called the “Exhibition House for US and Puppet Crimes,” but out of tolerance it was recently renamed the “War Remnants Museum”. In this Museum you can see firsthand what a brutal onslaught of the enemy the national guerrilla resistance withstood.

The Americans tried to defeat the PLAF by all available means. In particular, they sprayed the chemical mixture called Agent Orange over the jungle to destroy all living things.

In 1967, the United States announced the beginning of Phoenix operation, designed to destroy the infrastructure of the Viet Cong. It lasted for 5 years. The military, like terrorists, tortured and killed civilians. 80 thousand people were victims of the Phoenix. How many of them were part of the National Liberation Front of South Vietnam is not known for certain. The War Museum of Ho Chi Minh City would not inspire inspire you to take pictures, but it is worth visiting the exhibition in order to understand this terrible war.