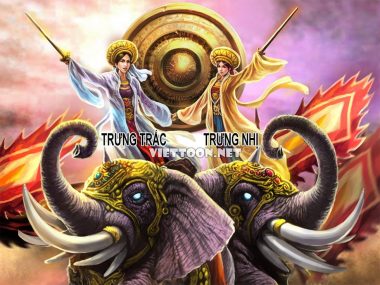 The Trung sisters (Hai Bà Trưng) are forever in the Vietnamese history and became the heroines of folk epics, thanks to their courage and love of freedom. They lived in the beginning of our era — at a time when the country was under the control of China.

Those days, the Chinese tried to subjugate the Viets who already had their own statehood. But the Viets constantly resisted the foreigners and tried to free themselves from Chinese oppression. The Trung sisters raised one of the largest and most legendary rebellions.

The Trung sisters: the beginning of the resistance

Trac and Nhi Trung were the daughters of a warlord and lived northwest to Hanoi. The exact date of birth of the girls is unknown. Their mother was widowed early and raised her daughters in love for the motherland. The sisters were considered intelligent, courageous and independent. 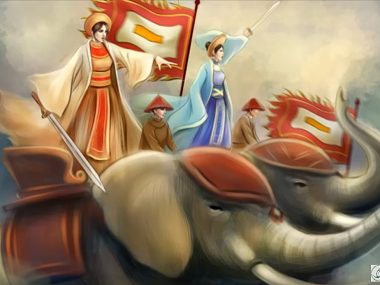 The husband of Trac, the eldest of the sisters, was killed by a representative of the Chinese authorities and this strengthened her determination to rebel. She set herself four goals, including:

In 39 ad, the sisters, with the help of their relatives and neighbors, rebelled against China for the first time in 247 years of occupation and expelled the Chinese from their village.

Trac Trung led a rebellion in the Khat river region in March 40 with the help of her younger sister Nhi Trung. The mother of the girls helped organizing the uprising, attracting leaders of small nations living near the Viets. Her grave is preserved in one of the districts of Ba Vi (vietn. Vườn quốc gia Ba Vì).

Patriotic people flocked to the epicenter of the uprising. Residents of other districts joined the resistance. A mass insurgent movement arose, which swept almost the whole country, not only the Viets, but also other nations. Many of the leaders of the uprising were women. In the villages of North Vietnam they are still remembered and revered as saints.

As a result of the large-scale revolt, Chinese officials fled to their homeland. The Viets won thanks to their unity. All segments of the population, people of different ages and sex took part in the uprising.

The Trung sisters liberated 65 cities, and the country’s independence was restored.

Trac Trung was acknowledged as a ruler, and made her residence the fortress of Me Linh (vietn. Mê Linh).

Trac exempted the population from taxes for two years and took care of protecting the most important areas near the border. 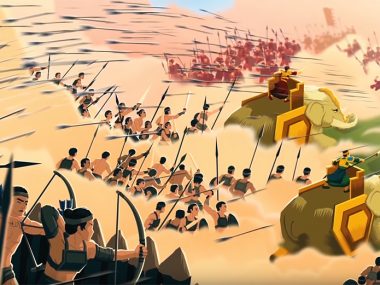 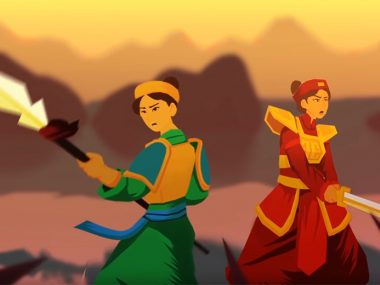 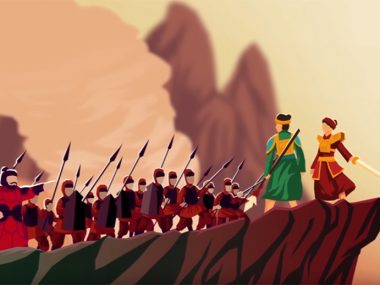 The victory of the Vietnamese people challenged Chinese authority, and the balance of power was not equal. China sent a huge army of 20 thousand soldiers and 2 thousand chariots and junks to conquer the Viets. An experienced commander Ma Yuan was the head of that army.

First, Ma Yuan was ambushed and forced to retreat, but in the next important battle, the army of the Trung sisters was defeated.

There is a legend that the Chinese got to the battlefield naked, thus embarrassing the army of the Trung sisters, which included many women.

In may 43, the sisters committed suicide by throwing themselves off a cliff into the river, unable to withstand the bitter defeat. At that time, the mass resistance of the Viets ended and the local population only continued to fight with the enemy in some areas.

Many women who commanded the rebels also committed suicide, following the example of the Trung sisters. 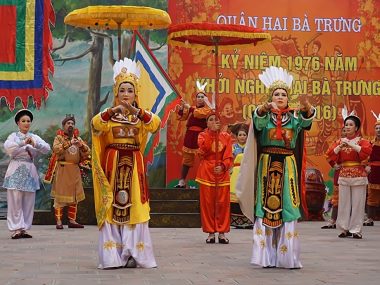 Every year, on the 6th of March, the anniversary of the death of the Trung sisters, Vietnam holds a two-women festival (also known as “Vietnamese Women’s Day“) dedicated to the Trung sisters. On this day, the Vietnamese remember the merits of national heroines in the struggle for independence.

There are temples built, movies and cartoons made, theatrical performances set, music and books written in honor of the Trung sisters. Every Vietnamese knows and honors their name.