Attractions in the city of Hue

Hue is one of the three cities in central Vietnam most visited by tourists from around the world. In addition to Hue, the most popular cities in the central part of the country are Da Nang and Hoi An. Hue is famous mostly as the city where the Vietnamese emperors lived, with many ancient monuments and tombs of rulers.

The tourist life of Hue takes place mainly in the area west to the arched bridge Chuong Tien. The main restaurants, hotels, shops and salons, offering massage, are located here. If you want to spend a few days in Hue, be sure to go to Thuan An Beach. It is located on the island of the same name and is connected to the mainland by a bridge. There are several mineral springs in the vicinity of Hue. For example, “My An Oncen” spa resort is very popular. The local mineral waters are used to treat many diseases, including chronic ones. 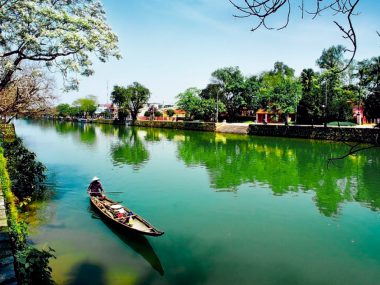 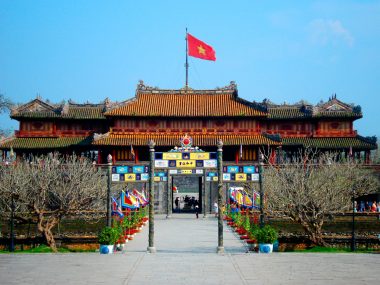 A festival has been held in Hue since 2000. In 2016, it was held for six days from April, 29 to May, 4. The events at the festival are aimed at introducing the audience to the character of the culture of the city and the country as a whole. 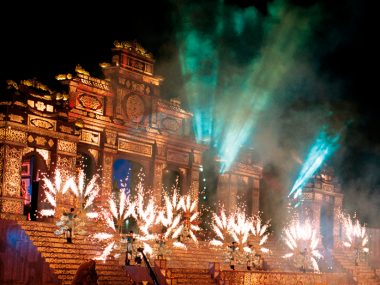 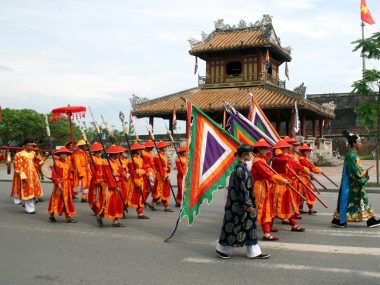 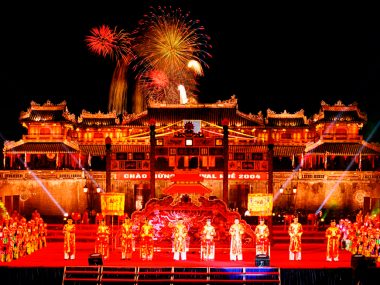 A river famous for the smell spreading around it flows through Hue. There are two versions of why the river is called Perfume. Some believe, that the pleasant aroma comes from the flowers of the trees from the orchards that fall into the river. The gardens are located upstream of the river. Others say that the smell is spread by acorus, or rather its root. Acorus (or calamus) grows along the banks of the river, which is why it smells nice. You can take a boat trip along the river, watching the daily life of the locals who go about their business on the shore. Sunset is a perfect time for such a trip. The colorful houses are reflected in the mirror of the river, and the sky is painted in amazing colors this time of day.

The Imperial City of Hue 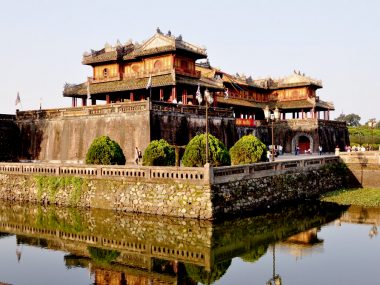 The Imperial City is the main attraction of Hue. All tourists who came to the city, first of all go to check out the Imperial City. This military fortification was built in the early XIX century. It is located opposite the modern Hue, and one of its walls follows the contour of the river flowing here. Although this building serves protection and looks impregnable from the outside, it is decorated in a royal way on the inside. The buildings located on the territory of the Imperial City are decorated with mosaics and stucco, often including tigers and dragons as elements. The Forbidden City was an important part of the complex during the reign of the emperors. Back then, only a select few could enter the personal territory of the imperial family. Thai Hoa Palace is also of great interest to travelers. The building was used for trials, receptions and other events. 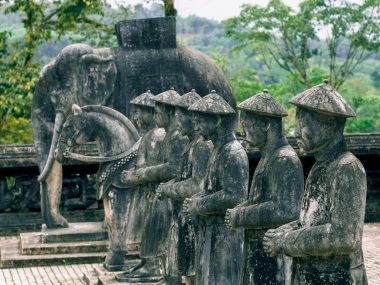 It is also an important landmark of Hue. The seven emperors who ruled in Hue built their tombs. The emperors began to worry about the burial place during their lifetime, which is why the tomb can be called true works of art.

The Tomb of Khai Dinh is the most modern; it was built in the first half of the XX century. It is interesting that the sculptures and stucco for this tomb are cast from reinforced concrete. Among the sculptures there are horses, elephants and tangerines. There are also images of dragons.

The tomb of Minh Mang is located at the source of the Perfume River. The buildings of this beautiful and quiet place are dedicated to the ruler and his wife. On the territory of the tomb there are lakes and ponds, beautiful temples, pavilions and bridges.

The tomb of Emperor Tu Duc be called modest. This emperor went down in history as a poet and romantic. On the territory of the tomb there are ponds with beautiful blooming lilies, and the buildings are decorated with elaborate carvings. 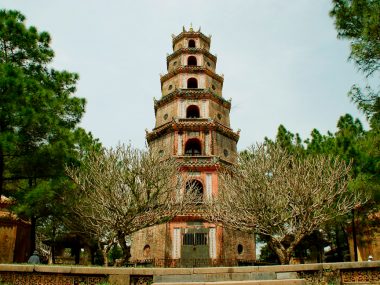 This pagoda is considered the central attraction of Hue. It has seven tiers and is famous for its height. It is considered to be the highest in Vietnam. Thien Mu pagoda is associated with a legend, as well as many other Vietnamese attractions. It is said that once upon a time, on the top of the hill, where the pagoda is now built, a woman in beautiful red clothes began to appear at night. She told people that that place was sacred. This pagoda, built on a hill, has become famous all over Vietnam and attracts tourists from other parts of the world. 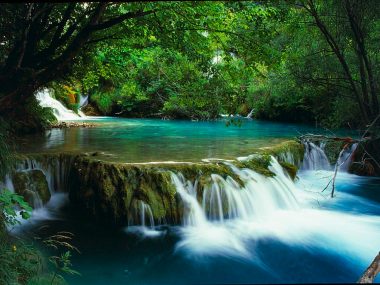 Bach Ma Park, located near Hue, is home to nearly 2,000 species of plants. The recommended time to visit this Park is from February to October. There are many birds and monkeys living in the Park. And there is also a beautiful waterfall.

As you can see, the city of Hue is interesting in many ways. There are not only historical sights here. In Hue you can spend time on the beach, go boating or relax at the mineral springs. We recommend staying in Hue for a couple of days to slowly explore the city and its surroundings.